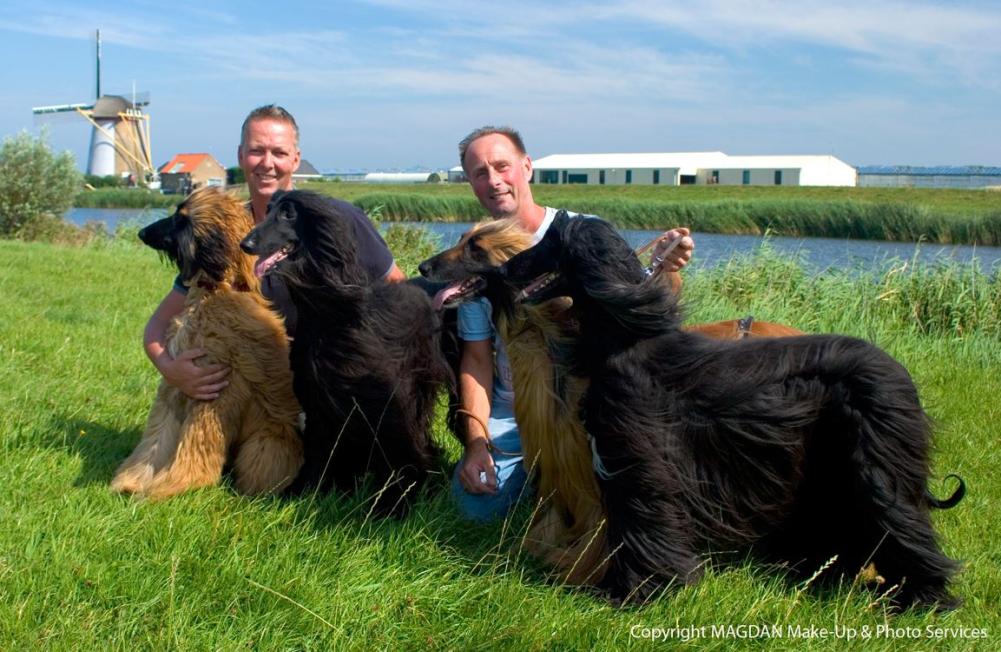 We are Jan Ammerlaan and Ron Moerkerken. Since 1978 we have Afghan Hounds around us. Some years before caught by this wonderfull creature in this year we came to own our first 'Afghan Hound', Alrahni el Shamoon bred by Van de Scheer from Holland.

Soon after came Boezkasji el Shamoon, owned by Jan's sister Jolanda. She is also a great lover of the Afghan Hound. Boezkasji and Alrahni were wellknown on the rencourt. Boezkasji, a son of Ch. Emir Pachacumac, run many finals.

Kirja el Muluk from the German kennel of Mrs. Heidmann, was a real Afghan Hound. With her we had the first successes on Shows.Mrs. Grevelt from the El Kharaman-kennel wanted to breed a litter with Kirja el Muluk, as a stud she used Hedon el Kharaman. From this litter we kept Ashra el Kharaman, a dog which still is in our memory today. What a character she had. It is still a pity that we ourselves never had a litter from her, she should not have been lost for the breed.

Then came the moment when all our old dogs passed away and we had only Ashra left, then we started thinking about another Afghan Hound again. We got at Rita Urlaub in Velbert Germany from the Nausikaa kennel. We came to own Nausikaa's Vitasyl, which means as much as 'Nobleman' (and that is what he is), born from a litter of nine puppys. At first we wished ourselves a bitch, but as there was only one bitch in the litter and eight males, we took a male, who became our first champion.
Three years later came Nausikaa's Xibulu. Son of Nausikaa's Persia, a bitch from whom we very much wanted a puppy. He obtained a beautiful youthtitle 'Verbandsjugendsieger' under Judge Mr. Nothas in Cologne in Germany.

Nausikaa's Zindehsjah is our first black Beauty. In our eyes he looks promissing. He gave his name to our Kennel.
His name means as much as 'Living' or 'Ruling King'.

In June 2003 two new members came to live with us: Cara Cajoum and Chiara el Shariat. Father is Multi Ch. Yaboon von Katwiga and mother is the beautifull Milouka Voyva Fatinat Al Sjark. They are bred by Harriët van Itallie.

The Ghaznityp in good Condition, well presented and bred as close as possible to the Standard.

And from our last litter we kept Ilyas and Ikara. They are from Ghita and Ch. Ghorian El Iraja.

At this moment we own 5 Afghan Hounds, three females and two males. Enough at the moment. We like to enjoy them as they behave at home, playing on the beach and on the Show or on the Coursing track.

Besides our love for the Afghan Hound, we like gardening. We like to combine these hobbys as much as possible. 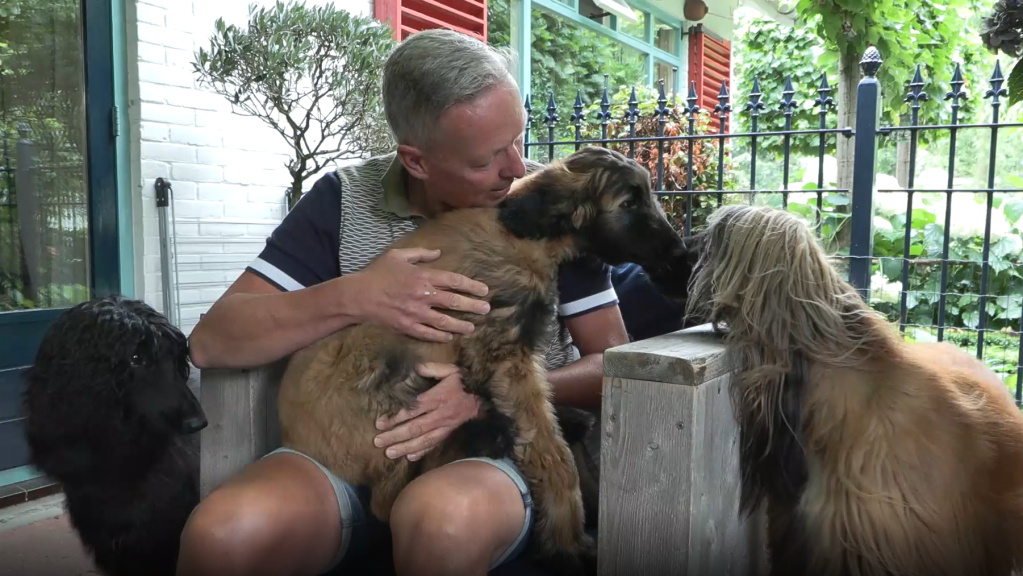 Article about our kennel in the VDOM Newsletter 27 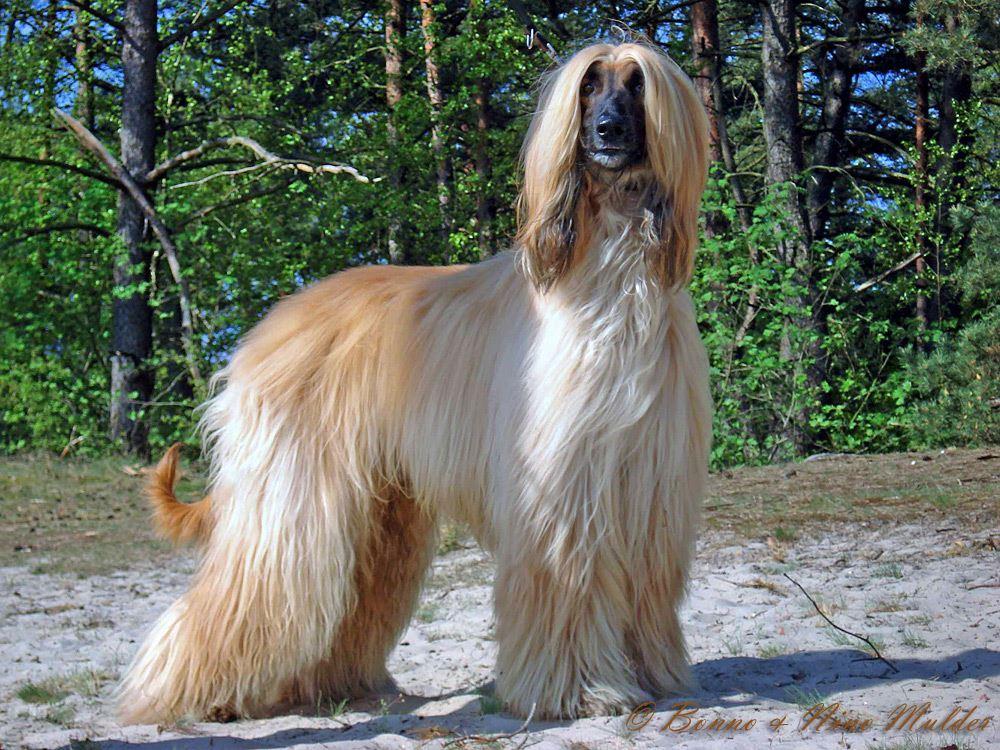 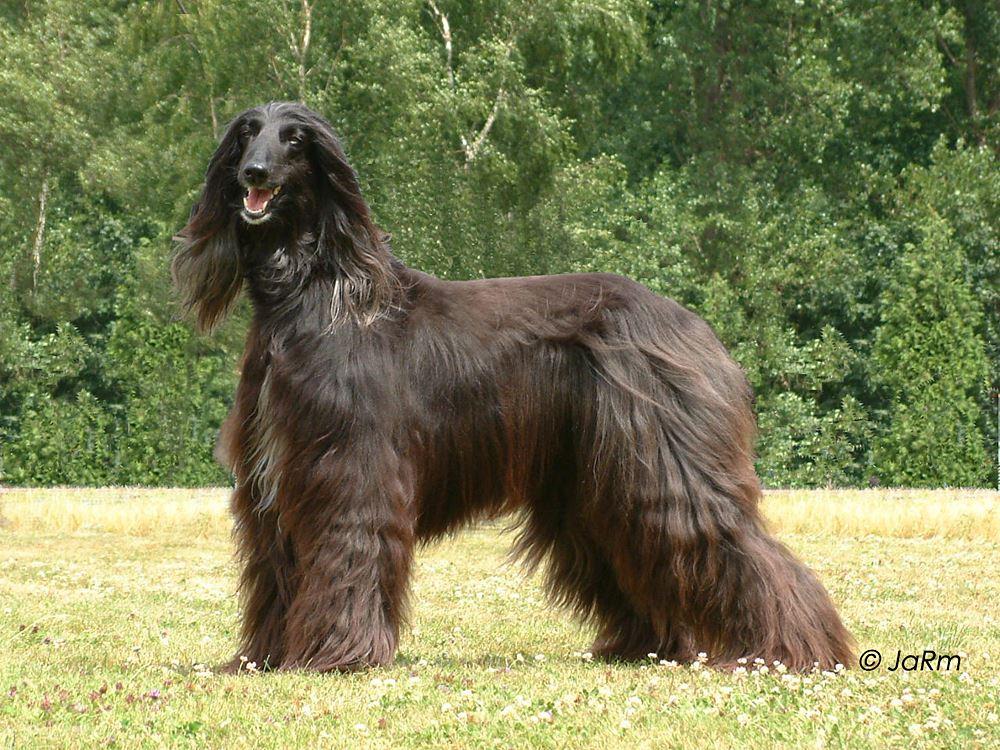 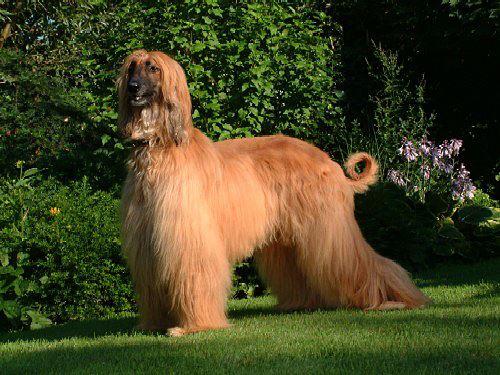 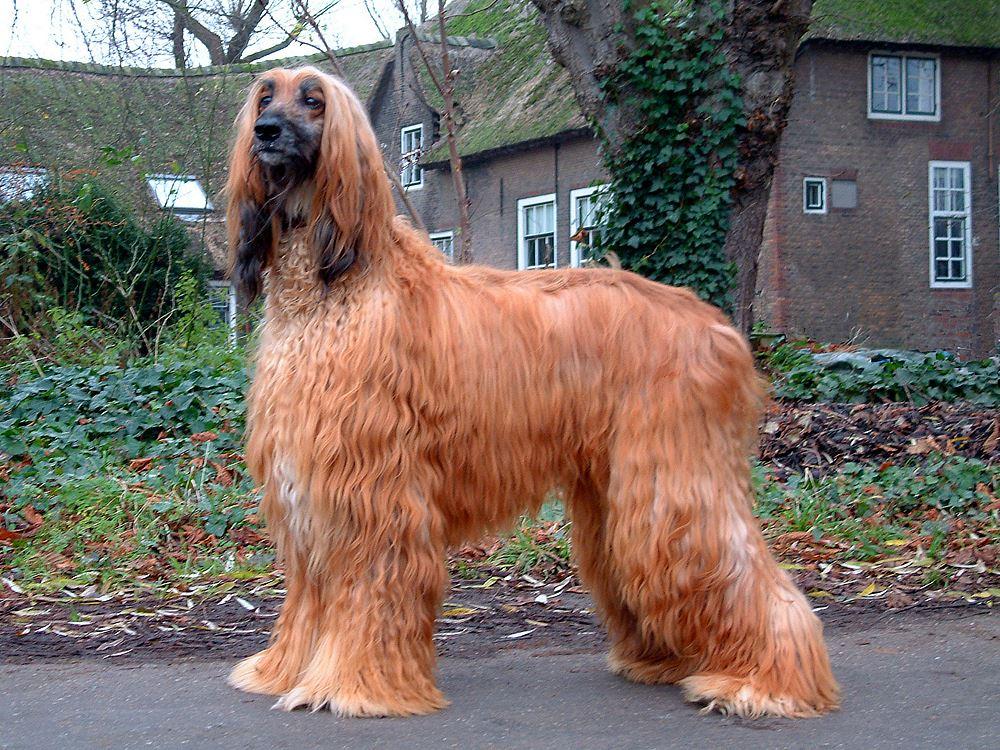 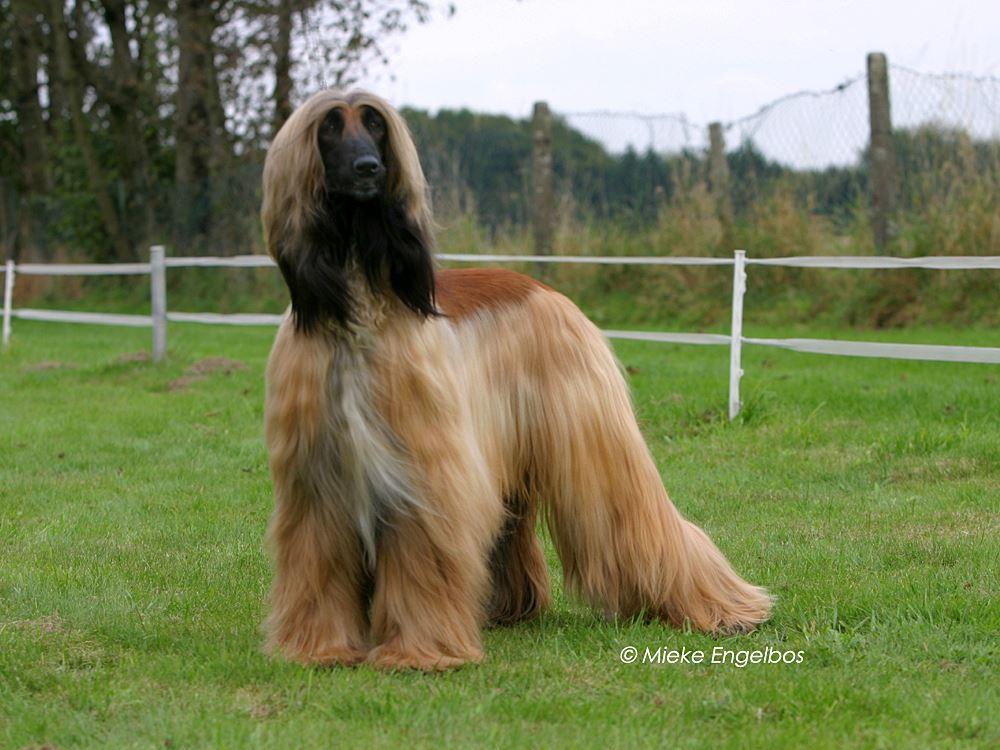 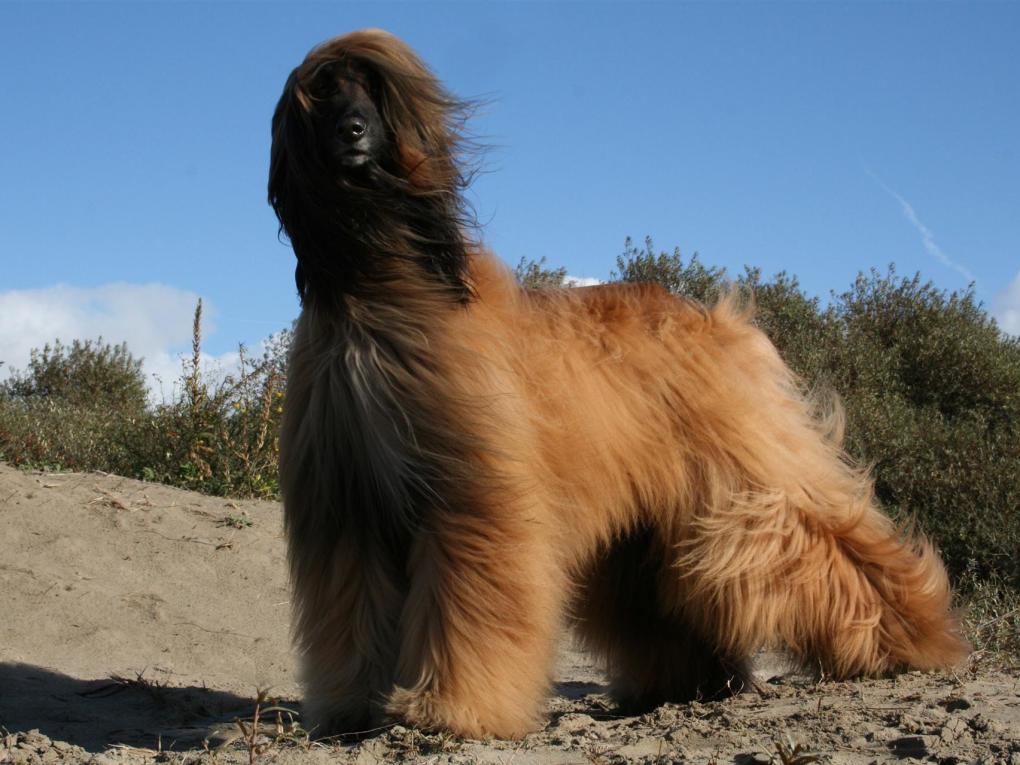 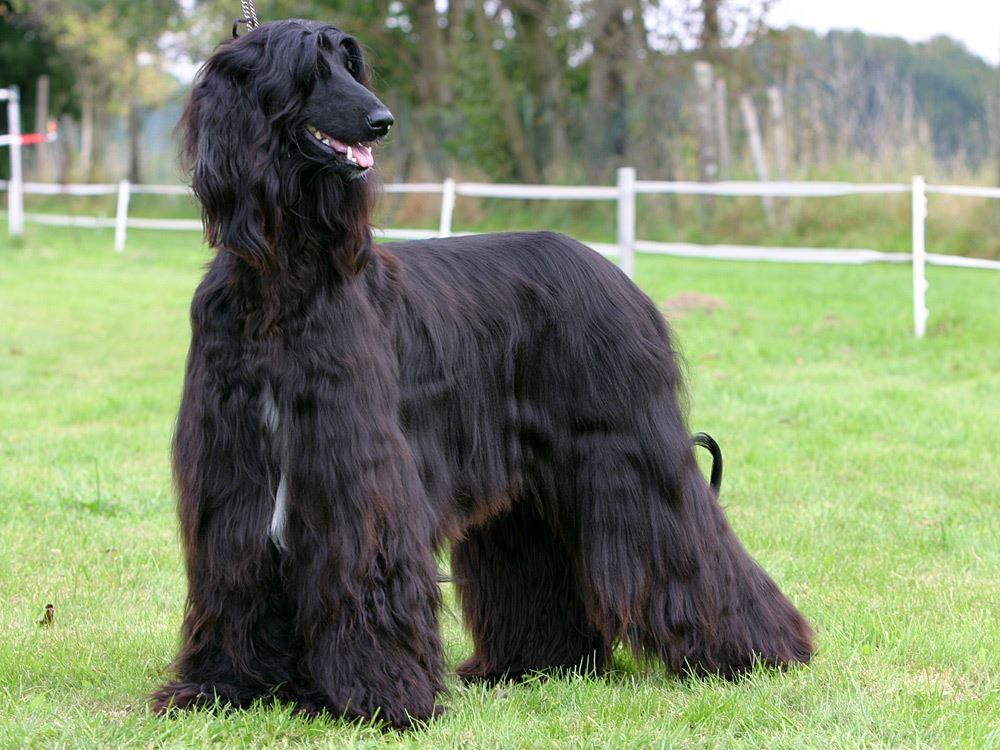 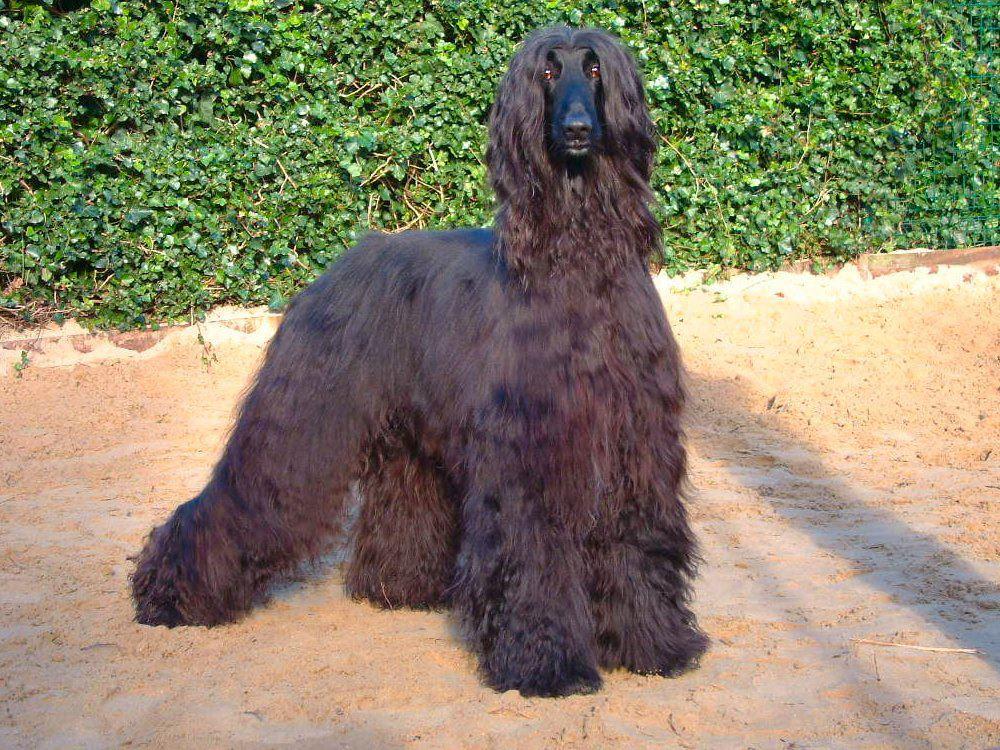 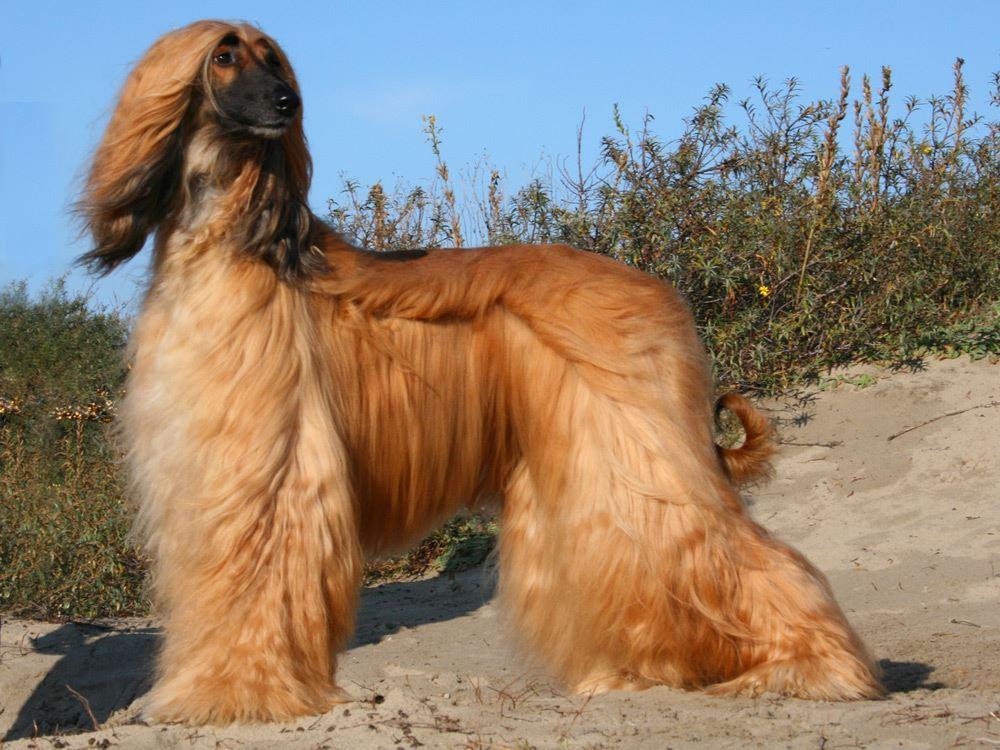